To ensure that the College is best-placed to deliver its objectives of promoting and advancing organ playing and choral directing, our team comprises a wide range of talented individuals.

On a day-to-day basis, the College is managed and run by a management team. Read more.

The College's activities across the UK are managed via a regional structure. Read more.

The roles of our Trustees and officers are constituted within the Charter to ensure that good governance prevails, and to enable the College to take the best of the musical world to the widest cross-section of our communities. Read more.

Members of the management team are responsible for all the day-to-day administration of College matters. Contact telephone numbers and e-mail addresses are listed below for your convenience.

General calls and correspondence should be addressed in the first instance to:

The main telephone number above should be used for all general enquiries.

For enquiries about RCO courses and events, please call the same number, or email bookings@rco.org.uk 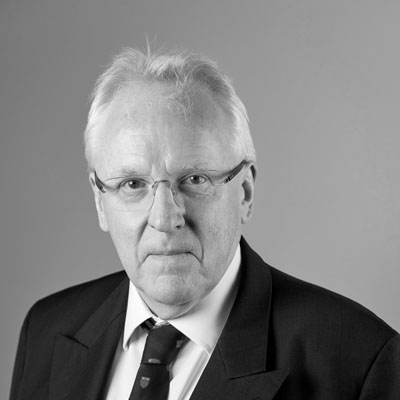 Born in Manchester, he was educated at Blackpool Grammar School, the Royal Academy of Music, at Manchester and London Universities, and at Jesus College, Cambridge. He started his career as Director of Music at Forest School near Snaresbrook, before moving on to roles at South Hampstead High School, the Grey Coat Hospital in Westminster, and as Principal of The Harrodian School in West London.

Sir Andrew served as the 689th Lord Mayor of the City of London in 2016-17, and he was knighted in the 2018 New Year Honours for services to music, education and civic engagement. A Fellow of the Royal College of Organists, Sir Andrew is the Honorary Organist of St James Garlickhythe. 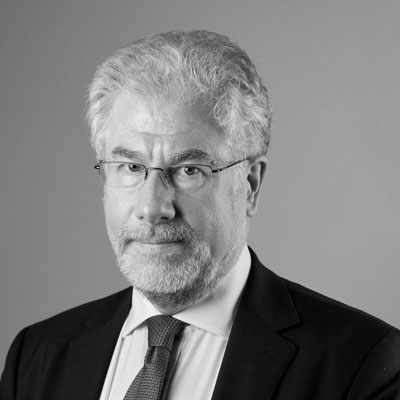 Andrew is responsible for College examinations and for the promotion of the institution as a professional and learned body. He holds responsibility for the College's library and archive, and for the Early English Organ Project (EEOP). He is also the commissioning editor of the RCO Journal.

Andrew trained as an organist (at the Royal College of Music and Amsterdam Conservatorium) and has since followed a career in music education. He is a Professor of Academic Studies at the Royal College of Music, and has published articles on aspects of British organ repertoire and performance practice (for the Journal of the British Institute of Organ Studies, the RCO Yearbook and Cambridge University Press's Companion to the Organ), and on the history of organ-building in the Baltic States (The Organ Yearbook and The Nordic-Baltic Organ Book). Andrew has held several appointments as a church organist, and as a recitalist he has appeared in concerts both at home and overseas; in 1997 he was a finalist in the Lahti International Organ Competition, Finland. 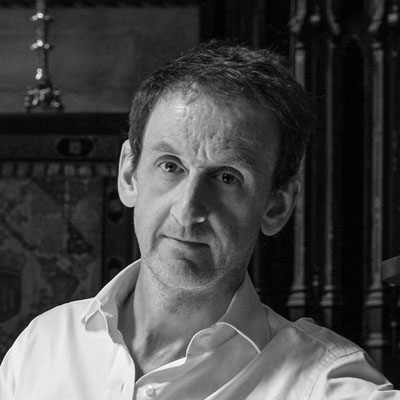 Recognised as one of the finest organists of his generation, Stephen Farr combines a busy freelance playing career as soloist, continuo player and accompanist with the post of Director of Music at St Paul’s Knightsbridge, one of London’s most prominent churches. As Organ Scholar at Clare College, Cambridge, Stephen Farr graduated with a first class degree in music, later obtaining an MPhil in Musicology with Prof John Butt and completing in 2014 a PhD in music performance at the University of Surrey with a thesis on the organ and harpsichord works of Judith Bingham.

Since winning the Royal College of Organists’ Performer of the Year competition in 1988 and securing prizes at international competitions in Odense, Paisley and St Albans, Stephen has enjoyed recognition as a solo performer at international level, with appearances in North and South America, Australia, and throughout Europe. He maintains a regular broadcast presence, and as a recitalist features frequently in the main series of the major concert venues in the UK. He has an extensive accompanimental and solo organ discography (recent recordings include the complete works of Kenneth Leighton and works by Judith Bingham), and is active as commissioner and performer of new music for organ, including works by Judith Bingham (The Everlasting Crown, BBC Proms 2011 and Roman Conversions, Royal Festival Hall 2017) and Edward Cowie (Cathedral Music I, broadcast live on Radio 3 this month).

Stephen has held appointments at Christ Church Cathedral, Oxford, Winchester Cathedral, and Guildford Cathedral, where he was Organist and Master of the Choristers from 1999 to 2007. He has also held positions at Worcester College, Oxford and Corpus Christi College, Cambridge. 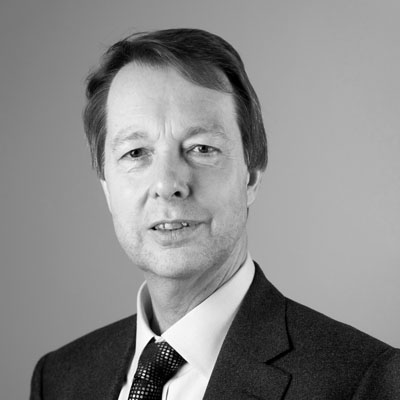 Simon studied at Durham University and the Royal College of Music, and began his professional career in school teaching, at the same time contributing to organ and choral education, first as a committee member for National Learn the Organ Year, and then as Honorary Secretary of National Organ Teachers Encouragement Scheme.In addition to his work for the RCO, Simon is Organist & Director of Music at St George's Church, Hanover Square, London, Music Director of Harrow Choral Society, and an RCO accredited teacher who frequently teaches on a variety of organ courses. 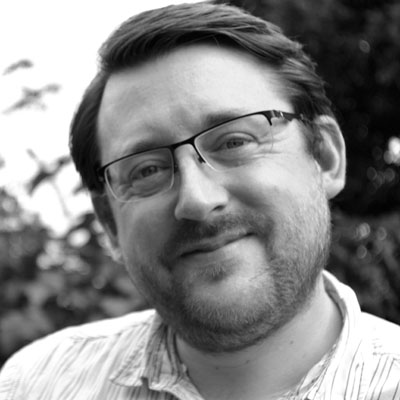 Born in Liverpool and raised in Lancashire, Tom Bell studied with Kevin Bowyer at the Royal Northern College of Music, with Ann Elise Smoot in London and with Jacques van Oortmerssen in Amsterdam. One of the leading performers of his generation, Tom has performed across Europe, the USA, Asia and Australasia. His repertoire is broad, but a love of new music means that many of Tom’s performances have been innovative firsts. Tom has collaborated with beatboxer Shlomo, Divine Comedy frontman Neil Hannon, and recently has been involved with performances of Jean Guillou’s La Révolte des Orgues and the completed Orgelbüchlein Project. Tom is Artistic Director to the London Organ Day, maintains a lively teaching schedule, works as an independent organ consultant, and has a passion for outreach and engagement work. 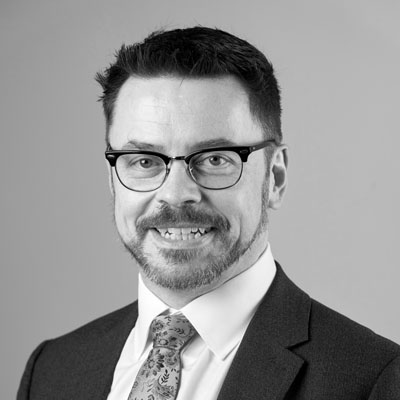 As well as leading our activities and engagement throughout Scotland and Northern Ireland, Andrew supports the College is many aspects of its general administration, including supporting the examination programme as the first point of contact for candidates, and dealing with all aspects of College membership. Through our partnership with the British Institute of Organ Studies, Andrew is Manager of the National Pipe Organ Register. He is also Deputy University Organist at the University of St Andrews and Director of Music at All Saints' Episcopal Church in St Andrews, and works as a freelance organist, conductor and accompanist.

Marc is a Chartered Marketer and a Fellow of the Chartered Institute of Marketing, with responsibility for the College’s marketing, communications and digital activities. He has worked in senior marketing roles across sectors as diverse as professional services, education, technology, construction and charity / not-for-profit, and has been part of the College team since 2004.

Since 2005 Paul has led a team providing accounting, book-keeping and administrative support for the college. Paul studied at Newcastle University before pursuing a career in accounting within the commercial sector. He held a number of senior positions within companies predominantly involved within the printing and information provision industries before making the decision to work for himself. As part of his commitment to the need for accountants to have a commercial as well as financial awareness of aspects of the businesses within which they work, Paul studied for a Masters in Business Administration (MBA). 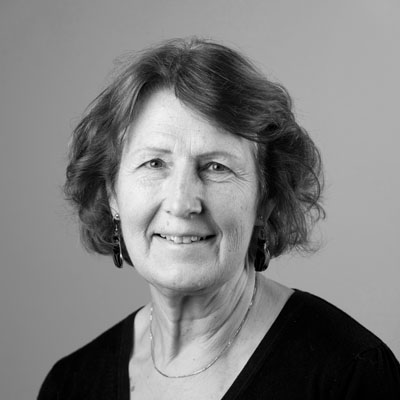 Marianne is responsible for the College’s regular email bulletins, e-News and e-Diary; she provides administrative and project support for our fundraising activities; and she also assists the Regional Directors with various administrative tasks connected with courses, classes and accredited teachers.Marianne studied piano and singing at the Royal Academy of Music, and for many years combined the role of a professional repetiteur with editorial work for Rhinegold Publishing. She was editor of the British Music Yearbook (now the British & International Music Yearbook) and Music Teacher magazine, and also compiled and edited the first and subsequent editions of the British Music Education Yearbook. She currently works as an orchestral and concert manager, choir administrator, summer school organiser, journalist and editor and, since 2005 has been the general administrator for Concerts from Scratch and The Really Big Chorus.

Morwenna edits the College's member magazine RCO News, our virtual content hub iRCO, and the online magazine StopPress. Morwenna took a science degree at Oxford before moving into arts management and journalism, working across music, theatre and dance for organisations such as East Midlands Arts, The Arts Council, The Royal Ballet, and the London Mozart Players. As a journalist and broadcaster she became a specialist in interior design, writing several books, and providing training and consultancy for major UK companies and design schools. She began playing the organ as an adult, studying with RCO tutors Gerdi Troskie and Frederick Stocken, and her personal blog, THE LADY ORGANIST, which began in 2013, now has a worldwide readership. She is currently Director of Music at St Mary's in Frittenden, a village in the Weald of Kent.

The College's activities across the UK are led by our area teams, with four Regional Directors supported by Regional Consultants.

RCO North of England, North Wales and The Isle of Man

Patrons and officers of the Royal College of Organists.

The roles of our Trustees and officers are constituted within the Charter to ensure that good governance prevails, and to enable the College to take the best of the musical world to the widest cross-section of our communities.