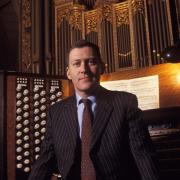 James Oâ€™Donnell, Organist and Master of the Choristers of Westminster Abbey, has begun his term as President Elect of the Royal College of Organists (RCO).

As well as his role at Westminster Abbey, where he is responsible for the direction of the music both at the daily choral services and the many national occasions which take place there, Mr Oâ€™Donnell is internationally recognised as a conductor and organ recitalist.

He has appeared in concerts all over the world, was a featured artist at the American Guild of Organistsâ€™ National Convention in Chicago in 2006, and in 2008 made a solo appearance playing Messiaenâ€™s Messe de la PentecÃ´te at the BBC Proms.

He has worked with many of the countryâ€™s leading orchestras and ensembles as soloist and director, and in 2004 was appointed Associate Music Director of St Jamesâ€™s Baroque. He is Visiting Professor of Organ at the Royal Academy of Music and was elected to Honorary Membership of the Academy in 2002.

In 1999 he was awarded the papal honour of Knight Commander of the Order of St Gregory in recognition of his work in church music. Last year he was awarded a Fellowship of the Royal College of Music.

He said: â€œIt is a great honour to be offered this role, and I am very much looking forward to building on the outstanding work done by my predecessor, David Sanger, who tragically passed away in May.

â€œI knew David for many years, and indeed was fortunate enough to have been one of his organ students. He made an outstanding contribution to the organ world over many years and was a distinguished President of the College.

â€œThe growing strength and success of the College during Davidâ€™s presidency has helped highlight the continued importance of the organ and the organist in the contemporary musical landscape, and I am keen to build further on this.

â€œOne of my principal interests is in the organist as musician. I would like to emphasise the breadth of musical knowledge, skills and interests that organists should be able to draw on, enlivening and informing their work and enabling them to make the greatest possible contribution to musical life generally.â€

He said: â€œJames Oâ€™Donnell is an outstanding musician with an international reputation and profile. On behalf of the College I am absolutely delighted that he has agreed to serve as President, a role to which I know he will bring much energy and expertise.â€