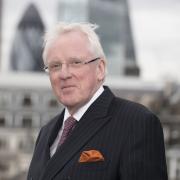 The Royal College of Organists is delighted to announce the appointment of Sir Andrew Parmley as its new Director.

Born in Manchester, he was educated at Blackpool Grammar School, the Royal Academy of Music, at Manchester and London Universities, and at Jesus College, Cambridge. He started his career as Director of Music at Forest School near Snaresbrook, before moving on to roles at South Hampstead High School, the Grey Coat Hospital in Westminster, and as Principal of The Harrodian School in West London.

Sir Andrew served as the 689th Lord Mayor of the City of London in 2016-17, and he was knighted in the 2018 New Year Honours for services to music, education and civic engagement.

Beyond the City, Sir Andrew is a supporter of many charities. He is Past Chairman of the Montessori St Nicholas Charity, the International Ambassador for the London Symphony Orchestra, Patron of the English Chamber Choir, the Jonas Foundation (Geneva), the London Docklands Singers, the Marcel Ensemble, the Thames Chamber Choir and the London Youth Choir, and he is a Trustee of the Blackpool Museum of Entertainment.

A Fellow of the Royal College of Organists, Sir Andrew is the Honorary Organist of St James Garlickhythe.

Speaking on his appointment, Sir Andrew said: “I am immensely proud and excited to be appointed Director of an organisation with which I have been involved since I was 16 years old.

“The RCO has a long and distinguished history but, just as importantly, it has also proved itself in recent years to be a dynamic and forward-thinking organisation. With a strong strategic plan in place, and a clear vision of a world in which organ and choral music stand at the heart of cultural and spiritual life, the College continues to innovate with exciting services, new resources and imaginative ways of working which are having a real impact wherever you look.

“I am looking forward immensely to building on the outstanding work of my predecessor Philip Meaden, and to working with everyone at the RCO and our many partners to communicate the College’s vision and to engage with the widest possible audience.”

Chairman of RCO Trustee Council, Lord Glenarthur, said: “We are delighted to have the opportunity to appoint to the role of Director someone with such wide-ranging experience and ability as Sir Andrew.

“His passion for the organ and organ music, coupled with his extensive background and connections throughout the music, education and charitable sectors, mean he is ideally placed to build upon the refocussed RCO structure, strategy and many initiatives developed by his predecessor Philip Meaden.”

Sir Andrew Parmley will join the Royal College of Organists as Director from 1st October 2018.